On 11 May 1998, then Prime Minister Sri Atal Bihari Vajpayee convened a press meet at his residence in New Delhi and made the following short statement:
"Today, at 1545 hours, India conducted three underground nuclear tests in the Pokhran range. The tests conducted today were with a fission device, a low yield device and a thermonuclear device. The measured yields are in line with expected values. Measurements have also confirmed that there was no release of radioactivity into the atmosphere. These were contained explosions like the experiment conducted in May 1974. I warmly congratulate the scientists and engineers who have carried out these successful tests." 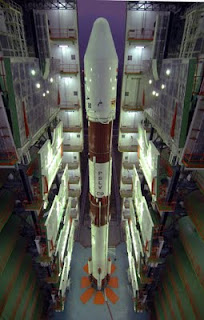 After these successful tests, the nuclear program (started by Indira Gandhi in 1974) was declared finished. In all five tests were carried out with name "Operation Shakti" in Pokhran in Rajasthan (INDIA) on 11th and 15th MAy 1998. A team of scientists from Bhabha Atomic Research Center (BARC) and Defence Research and Development Organization (DRDO) were lead by Dr. A.P.J. Abdul Kalam (scientific advisor to the prime minister and head of DRDO) and Dr. R. Chidambaram (Chairman of Atomic Energy Commission, India). Since then, May 11 has been officially declared as National Technology Day in India. Same day, Prime minister added a phrase "Jai Vigyan" in to the slogan "Jai Jawan- Jai Kisan" earlier given by Former Indian Prime Minister Sri Lal Bahadur Shashtri.

Wish all the Indians, Happy Technology day. On this occasion let us have a look at the scientific fact sheet of these tests done by India. As described by Dr. R. Chidambaram (one of the chief project coordinators of the program) the first three detonations took place simultaneously on 11th May. Two tests (Shakti-I and Shakti-II) out of three, done on 11th, were having yield of 45 kt and 15 kt respectively. Whereas, the third one (Shakti-III) was a sub-kiloton device with a yield of 0.2 kt. Full description can be found here.


Shakti-I was for test purposes and that is why the yield was downgraded from theoretical value of 200 kt to 45 kt. The device tested in Shakti-II was an actual nuclear warhead that can be delivered by bombers or fighters. This was the actual test which was planned based on improvements in the 1974 devices. This test was canceled earlier in 1994 due to international pressure on India. At the end, the new design proved to be a successful one. Shakti-III used Plutonium for test purposes so that it can be used as alternative nuclear fuel for reactors for getting clean fuel. In my personal opinion, this research will get a setback after the Indo-US civil nuclear deal. Shakti-IV and Shakti-V were carried out to get more data to study the performance of these devices. Shakti-V used U-233, which is an artificial isotope of Uranium. This isotope was produced in India itself from Thorium.
Successful experiments on May 11 were followed by two more on May 13 which also was successful and India became a nuclear weapon state and capable of carry out research on utilization of nuclear energy for fuel. With all pride, here is a word of caution! A lesson should be taken from Japan Nuclear meltdown and security measures should not be neglected for these weapons and reactors.
Posted by Rajesh Kumar 'Nachiketa' at 10:20 AM

Its nice to see the blog on Nuclear test and all information.